No products in the cart.

With blocks, trucks, puzzles and pull toys, Vail Vincent McClure did not know which way to turn. He is 21 months old.

Was it Christmas morning? Nope. This was five days later. In spite of snow and slippery roads, Vail and his grandmother, Ceola McClure-Lazo, searched through choices at the Minneapolis Toy Library in Minnesota.

McClure-Lazo made the trip because she knows her grandson isn’t just having fun. Vail is learning to take care of the Earth.

The toy-lending library began in 2014. It is at Richfield Lutheran Church in Minneapolis. It is a place for parents and others to play with children up to 5 years old. The library came about because parents wanted to enjoy fun and learning without filling up landfills. When kids lose interest in a toy, it might be thrown away.

“We love not buying toys all the time,” said Allison Corrado. She is a library volunteer and a mother.

Matt Allen agreed. It is nice to not feel like they had to always get new toys, said Allen. He has been visiting the toy library for about a year and a half with his son, Ellar.

“It’s such a good place for trying out toys, where everyone gets to share these things,” he said. He said that some new toys cost $60 each.

“We tried to tell aunts and others that we don’t need a lot,” Allen said. “And we tried to limit grandparents to one gift each.” They just sort of shake their head, he said.

The Minneapolis Toy Library was founded by moms Molly Stern and Taryn Tessneer. They liked the idea of toy sharing. They started the toy library at meeting rooms at libraries.

Rebecca Nutter, a mother of three young daughters, joined them. Now, she runs the program.

The idea didn’t explode at first, she said. At the first gathering, the moms spread out 55 toys on tables. Only three or four families came in.

Five Toys And Games For Up To A Month

Today, the toy library has as many as 500 members at a time. It has nearly 4,000 toys. The space is full of puzzles, board games, blocks, trucks, math and science kits, instruments and more. Each family can borrow five toys and games for up to a month.

There is a yearly cost. Those in need may borrow toys free.

The idea of sharing toys is growing. Nutter said a school in Roseville, Minnesota, offers a similar program. She knows of a couple in South Dakota who offer toys to borrow. In Philadelphia, Pennsylvania, a toy library offers 350 toys for kids up to 6 years old.

Nutter and other volunteers work to find a place for donated items. Those not accepted into the toy library are sometimes given to secondhand stores. Toys might be added to a collection for the library’s garage sale.

They don’t want the toys to be thrown away, she said.

They also add items to keep families coming back. The library recently added “trip kits.” They are boxes filled with games that are easy to take on trips. “Birthday kits” include games such as a beanbag toss.

The toy library has gotten money from the government, Nutter said. It was because of its focus on reducing waste.

Kari Carlson works at the library. She likes it because it is good for the Earth, she said.

Nutter is pleased that her children are learning about why she runs the library.

You have already completed the quiz before. Hence you can not start it again.

You must first complete the following:

Quiz complete. Results are being recorded.

1. What do you think of this toy library?

2. Why is it important to teach kids the essence of sharing?

3. Do you think this concept would work in your country? Why or why not?

4. Can you think of any disadvantages to this?

6. Do you have a similar business in your country? What is it?

7. How important is it to teach children to take care of the Earth? 8. How do you contribute to help save the environment 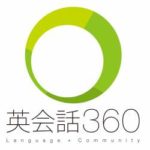